skip to main | skip to sidebar

I think this is the camera for me. 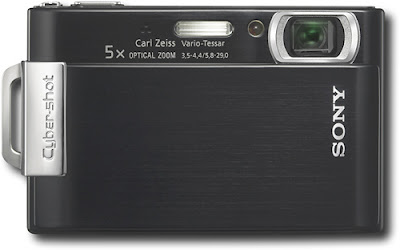 Last year I bought a Samsung digital camera for about 150 bucks to take with me to Europe with my band. It was a very cool little camera and took decent pictures but it would burn through batteries like there was no tomorrow. We continued to use it for the last year and had gotten quiet used to carrying a box of double "A" batteries with us whenever we traveled. However, it seemed that whenever we really wanted to take pictures we would have the camera but would have not brought spares and the stoopid camera would die. AAarrggg!
A week and a half ago, we finally broke down and bought a new camera. I chose the Nikon CoolPix s51. I got it on Thursday and only used it a bit on Saturday and wouldn't you know it, the battery died by Sunday morning. I was shocked that I just spent a bunch of money on a smaller prettier battery burner. It's a good thing I had my trusty Blackberry Curve 2. That thing is awesome, the camera is only 2 mega pixels but the flash is great and battery last forever.
So I went back to the major big box retailer where it was bought to exchange it. As I was at the counter trying to talk the store employee out of charging me a 15% restocking fee, the nice people at the counter next to me said, "excuse me, is that the Nikon S50?". It turns out they bought the same camera three weeks ago and after some battery issues brought it back in for repairs. It had been there for repairs for 2 weeks. That certainly helped my argument. Long story short... I was able to exchange it for a different camera and they didn't charge me the $60 restocking fee. 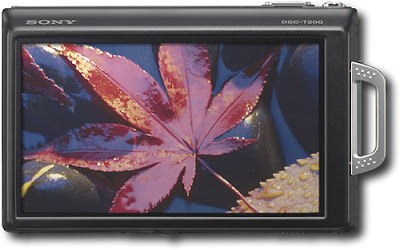 I chose the Sony DSC-T200 and I love it! The battery is lasting and the pictures are awesome. The coolest thing is that there is a smile detector. You put it in this mode and you can stare right into the lens for awhile, but as soon as you smile it takes a picture! It's crazy spooky. In addition to the smile detector, it has a 3.5" touch screen. So far, I'm really happy with it. Let's see how long this gadget appreciation last.
Posted by Christian Crowe at 4:37 PM No comments:

The Original Pilot for 24
Posted by Christian Crowe at 12:09 PM No comments: